Colorado State University was founded as a land grant university in 1870 and is celebrating its sesquicentennial during the 2019-2020 academic year.  Not only is CSU celebrating its 150th year, but ARCS Colorado Chapter has donated its 150th scholar award to one of the 10 students we support this year.  Additionally, ARCS Colorado has donated one million dollars to CSU and was invited to join the Lory Society, a small group of donors who have donated at least one million dollars over one or more years.  CSU has placed a brick at the heart of the Oval on campus to acknowledge ARCS’s generous contributions to the students at the university.

In July, Joyce McConnell became Colorado State University’s 15th president, and CSU’s first female president. McConnell met with some of the ARCS ladies at CSU’s Meet and Greet in September. She comes from West Virginia University where she held positions of faculty, was appointed dean of WVU School of Law in 2008 and was appointed Provost in 2014. At our meeting she expressed her passion for CSU’s land grant mission to provide both access and academic excellence. She was very grateful for all ARCS has done for CSU. 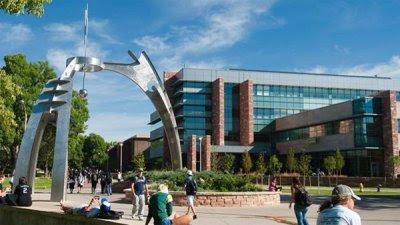